The latest Shaker & Spoon box arrived earlier this week and this one, named Kanpai!, is based around Japanese whisky. To prepare (and to stay true to the theme), I picked up a bottle of Suntory Toki whisky, which I wrote about as part of this article for The Ritz-Carlton last year. (It was also one of the recommended brands, and plus I liked the bottle.)

(Fun fact for Associated Press nerds: It’s whisky (no E) when the construction is specifically “Scotch whisky” or “Japanese whisky,” but whiskey (with the E) everywhere else.)

This cocktail was created by Caer Maiko, who’s the co-creator of Daijoubu Pop Up, a cocktail pop-up in Austin, Texas, designed to explore the flavors of Asian cuisine in beverages. (This drink takes its name from the translation for what the Japanese calendar calls the mid-September season.) The syrup brings a nice sweetness, while the bitters add some bite. 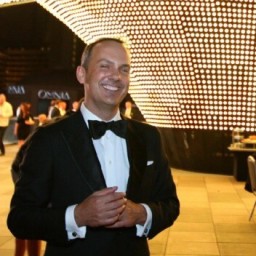